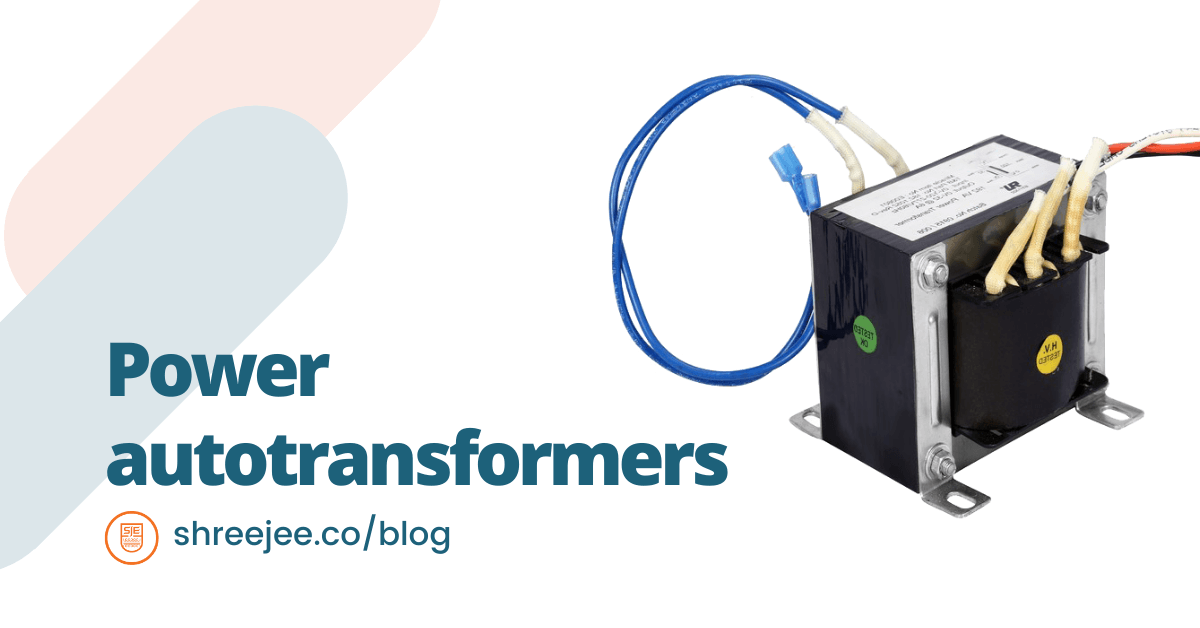 Autotransformers are a special type of power transformers that feature a single winding wound onto a laminated core. They are used to either step up or step down the voltage. They’re similar to two-winding transformers. However, their differences lie in how the primary and secondary winding are interrelated.

Difference between single-phase transformer and autotransformer

Engineers can convert a single-phase transformer or n-number of phases into an autotransformer by connecting the windings in a series or parallel combination which can be achieved by combining the primary with the secondary to create a step-up or step-down transformer.

Autotransformers are helpful in applications that require a slight variation of output voltage from the input voltage.

Autotransformers present several advantages over two winding transformers, such as

Despite these benefits, autotransformers also have negative aspects, including:

The primary safety concern when building an autotransformer from an isolation transformer is isolation failure. The isolation is lost when making direct connections by combining windings, either series or parallel. The transformer’s output would then be referenced to the ground, thus making contact with the connection harmful or even fatal.

Some other important considerations while constructing an autotransformer from an isolation transformer with multiple windings are:

The inherent design of the transformer manufactured by Shreejee Electronics enables circuits to be isolated from all power and lighting circuits, thereby allowing a flawless use of grounded or ungrounded circuits. These circuits are independent of the power or lighting grounds.

As one of the most reliable suppliers of autotransformers in India, solutions from Shreejee Electronics are exclusively designed to provide the highest level of safety by regulating voltages to machine tool control devices. Our catalog includes three-phase autotransformers that are incredibly efficient when used in applications that call for step-up or step-down voltage but do not require electrical isolation. Our three-phase transformers are compact in size and weight, manufactured using fewer raw materials, and are therefore available at lower costs.

Request a quote today to see how Shreejee Electronics can help you design and manufacture power autotransformers for your applications.