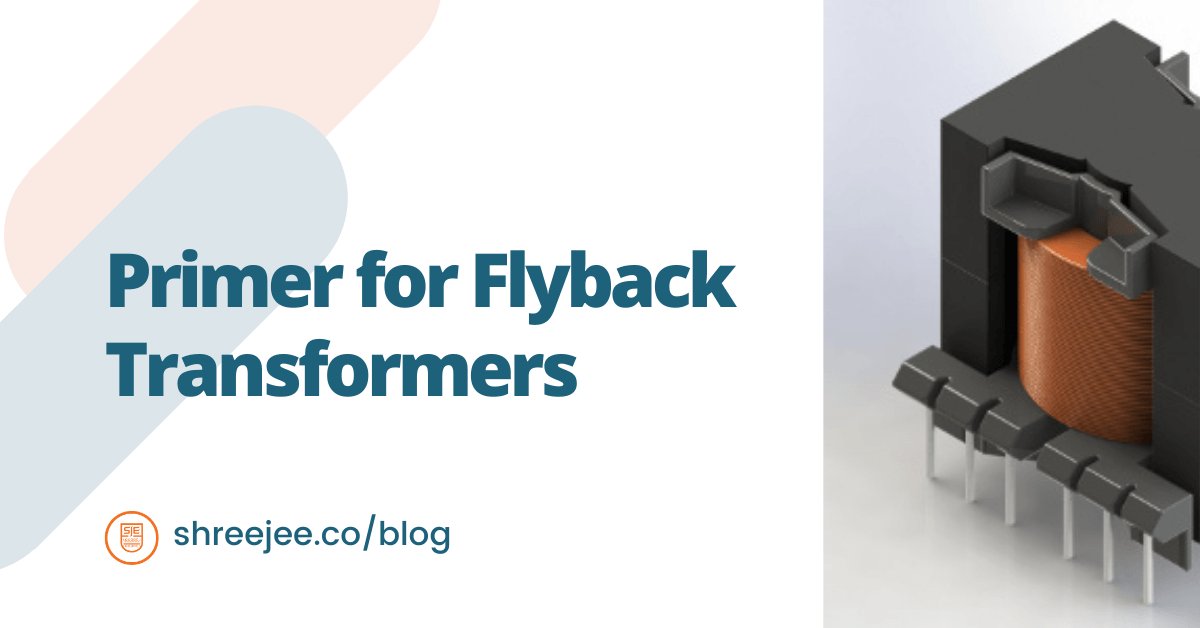 Let us understand some of the most commonly asked questions regarding its construction, functions, range of applications, and working principles.

Why is it called a “Flyback” transformer?

One of the earliest applications of flyback transformers was in the CRT tube. The primary winding of the transformer uses a relatively low-voltage saw-tooth wave. It can be get energized with a very low voltage. The low-voltage wave gets strengthened first and then switched off abruptly, which causes the beam on display to fly back from right to left. This peculiar property is obtained due to how the transformer functions. Hence it is called a “flyback” transformer.

Three simple steps to construct a flyback design are as follows:

Please note that this construction or design layout is traditional. It is supplemented with a primary switch, input and output capacitors, and output rectifiers in real-time applications.

How does a Flyback Transformer Work?

This will complete one life cycle of a flyback transformer. This cycle is repeated after the secondary coil discharges and the current drops to zero.

The flyback transformer was initially invented and used exclusively for CRT TVs and has since become helpful in advanced technology such as military aircraft. Its primary purpose is storing energy and efficiently producing high or low voltages.

Here are some common uses of flyback transformers:

How to test flyback transformers?

In recent years, graphical display testers can indicate the robustness of the winding.

Other general problems in the transformer are shorted windings, core crackings, external arcing to the ground, etc. Engineers can test all these problems through a line-operated tester. Engineers can also use a typical multimeter to test the continuity of the circuit and measure the voltage at each point.

Like any other electronic component, selecting flyback transformers involves comparing many trade-offs in performance, size, efficiency, price, and load.

Here are some critical points to consider when selecting a flyback transformer: